Soooo… I have written a few articles but for some reason didn’t put them on line. It’s been a busy wee time though. The biggest thing for me has to have been the recent trip to India. I am not going to write a gasshuku report, rather to think a bit about the things I saw and how it affected me.

The arrival to Jaipur was at night and I didn’t really get a sense of much other than the heat, however the following morning was a complete eye opener (excuse the pun). I had never seen so many people in one place and I live in London! But the amount of people who it seemed had nothing was just overwhelming. See I grew up in Ireland where we only saw butlers on TV so when my bags disappeared from the lobby of the hotel and appeared again in my room, well, I felt, pure Irish guilt that some guy had to drag my bags up from the ground floor.

We did manage to see some great sights and met a man who can get 7,000 knots in a square inch of carpet. That’s his job see, he sits all day and makes carpets. Not something I could do but I marvelled at 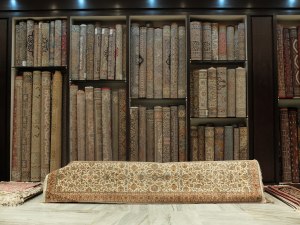 his skill and patience. Life was just such a slower pace, our man with his carpets takes 7 months to make a runner that you might put in a fancy hallway.

The funny thing was that I felt I should probably buy one, you know, just to help out… but then I heard the price…