No rain to greet me this morning,

but that said it was far from warm.  I hear it’s in the low single figures back in Blighty, so I guess I should be grateful for the +10C temperatures here, but the wind makes it bloody cold. In any case I only managed a few hours sleep so a very groggy Ciara packed and set off for the karate kaiken this morning.

Now my phone has rung a few times in the last few days, always at weird times, you see I use my phone for work and as a result  my holiday bubble has been harshly shattered by my in ability to not answer work calls… The result of which is that I am drawn into thoughts about work, projects and of course problems. I spent far too much time thinking about this on the run to the Kaiken. It’s not until i passed a fellow Karate’s that I am pulled from my thoughts. 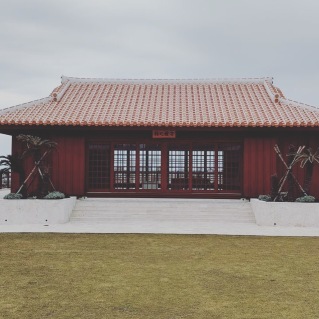 The focus for today was Shishochin and Sanseru, neither of which are my favourites, though given a choice I would I much prefer them to the dreaded Saifa. We were also not in our usual space as there was some sort of mathematicsathon going on in the Kaiken, and so we had a smaller room, with an ‘interesting’ floor. Now don’t get me wrong (here’s the bit I spoke about yesterday with karateka talking about floors) it’s lovely, it just wasn’t as nice as the main hall. Also, there was some sort of secret game a foot…I noticed during a break that the  participants of the maths competition would approach each other with various playing cards make a gesture and then write something down on their little notebooks. I am still none the wiser as to what was going on!

Higaonna Sensei really focused on kata for this session, the smaller room doing nothing to lessen the intensive feeling! Fair to say that there was much learned and much more to take away and work on. Higaonna Sensei spoke about his own training during the session, I don’t have the dexterity of prose to describe how inspirational it was to be in the room! As a measure of the man, he even went on to say how he has so much more training to do himself!! I could feel the tears at that stage…

I didn’t have a chance to go to the Karate museum the last time I was here so joined a few of the Canadians as they headed in. In the middle of the very interesting film my phone buzzed again, more news from work, now do I respond or not? What could it be? What had happened? It was at this point that I decided to ‘take myself by the scruff of the neck’ as my mother would say. Not only was it going to be rude of me to answer the mail, but I needed a break. Besides, I have great people I workwith and they were more than capable of dealing with any issues! In truth I might have had a wee peak as we left the museum, but that was just so make sure all was OK! (When will I learn??) 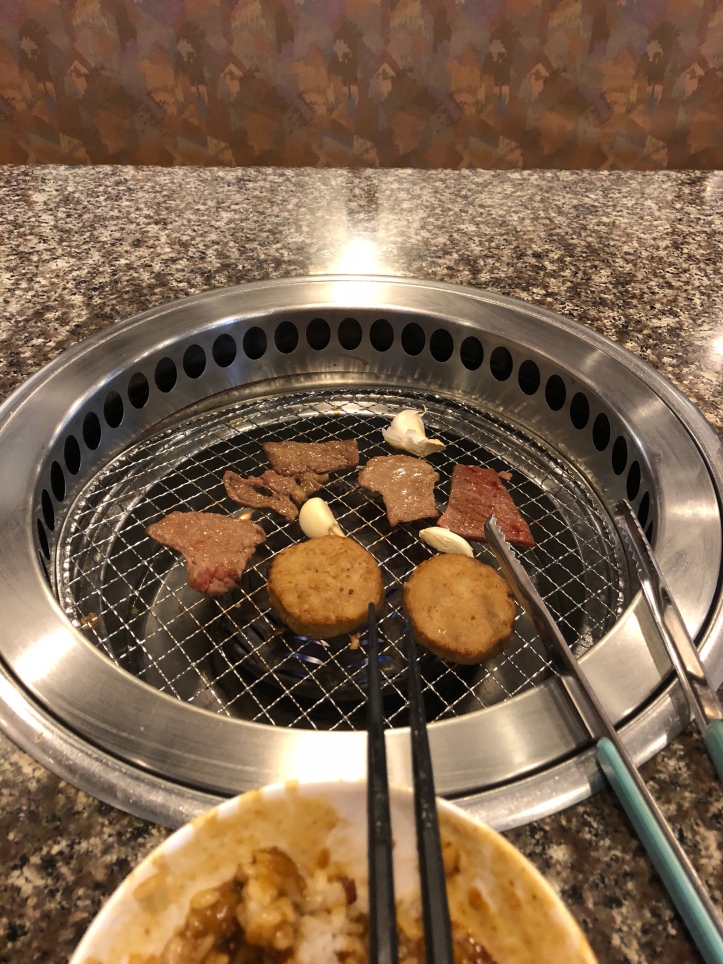 The afternoon was a blend of DIY food, washing of gis and preparation for the 8pm class in the dojo. I worked with DJ from Australia for that class, great fun! 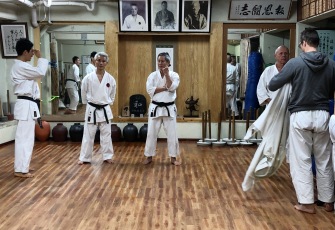 Time to rest and get ready for tomorrow… work emails turned off! I have had two calls from Tunisia… I wonder what that’s about?!!