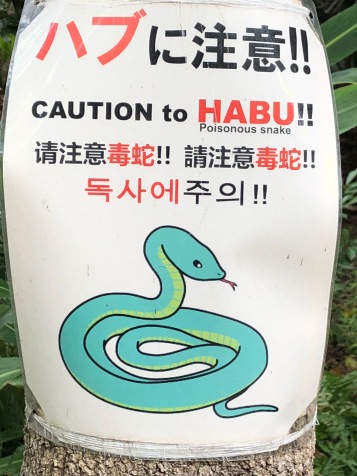 There is a beautiful familiarity to being in Okinawa, I was so excited about self training in the dojo that I woke at 4am and couldn’t get back to sleep. Ah jet lag. By the time I did make it to the dojo, I had dragged myself out for a quick run to get rid of the flight induced cankles…had breakfast and knew that by 4pm I would in fact be totally shattered, but for now I was awake.

Many visitors have now arrived to Okinawa and were also working off their various flight experiences in the dojo, so I found a corner and started to work on my training plan. The dojo is no where near as hot as it has been for me previously in summer or even October, but at the end of training it was fair to say that I was pretty drenched. 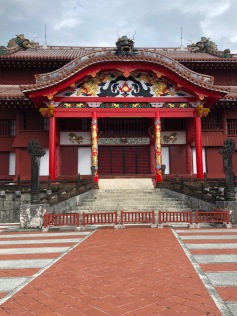 Now I’ve often said that it is rare to go to a gasshuku in the UK without someone mentioning Steve Cattle, and his name had already been mentioned on the way here. I was reminded by something he once said at a gasshukus which was to make sure, no matter what happens that you get out there and experience as much of life as you can-because that will make you happier and more interesting.

So I am going to try and pack as many experiences as I can manage into my time here, so today, I went to Shuri Castle, which, as it turns out had some special demonstrations of Okinawa music and dance! So first effort rewarded, I’ve been to the castle before, but it was lovely to walk through the gardens in heat that wasn’t going to singe your eyeballs!

The dojo was no less busy in the evening for formal training. Higaonna Sensei was in the dojo with Uehara Sensei finishing a class. Once again the training took over, and now it was time to train with Sensei Ernie who put together a range of mind bending ‘simple’ kumite drills he called them… ah well, that’s the mind and body tried, so hopefully that equals a full nights sleep??