By the time I got to the Kaiken this morning the weather had decided to become angry and spit on  me. 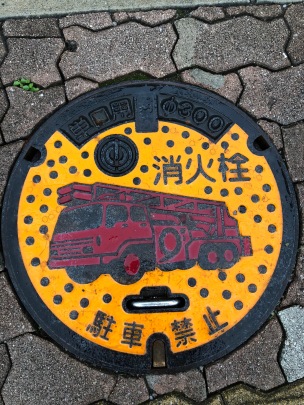 Along the way, each morning I pass the Naha Fire Station and every morning the various teams are lined up, there seems to be a lot of shouting and bowing and then they break rank and focus on the training drills that they are assigned. It was like music, there was no speaking, just working in perfect harmony. Daily, I would slow my running to try and take in as much as I could. Mesmerizing.

The rain continued to fall lightly but to be  honest, it was nice to be cooled down a wee bit, especially on the final assent to the Kaiken. Every morning a sign had reminded me that this was a 1 in 10 upwards battle and every morning I got to the top with a very red face! Today would be the last time that I would do this run for a while as it was the last day of the gasshuku. Many more participants were taking photographs on the floor of the Kaiken than had been seen all week, bonds had certainly formed during the week and everyone was starting to realise that the end was now very much in sight. 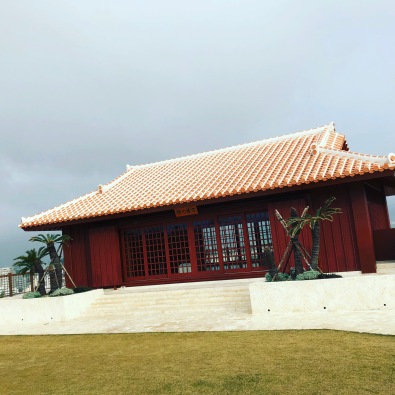 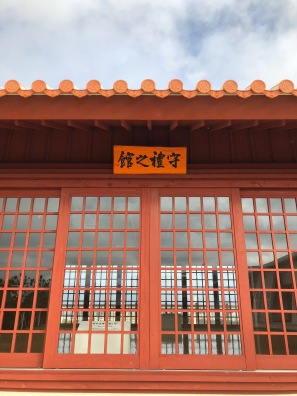 As we lined up, which we were now doing very well, I looked to my left and right at the people who had been in those positions for the week and with a huge bellow from Uehara Sensei to Seiza, we were off. Last class of the gasshuku, I think I can now see a pattern from this gasshuku for my group, Seisan. Once more Seisan and then for fun… even more Seisan. To be fair, we were spoilt with the floor (more talking about floors) and I don’t think I have managed to slide as much in my life.

Higaonna Sensei lead much of the class and even when he was pointing out our mistakes, he continued to smile, and not just a small smile, a full body smile. 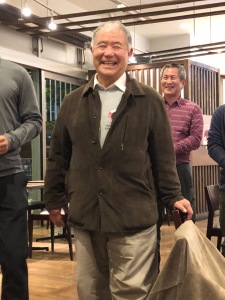 He also managed to add in some stories from his training, his ‘backin the day’ moments if you like and it sounded like epic training. I honestly think I was born in the wrong country and time!

I find experiences like this extremely motivating and once all the pictures etc were taken and the focus shifted to the Sayonara Party I really wanted to stay true to my ‘self promise’ for this week and decided to see if I could drag anyone else into my madness. The plan, a quick hour or so training in the afternoon and sure enough, a few fellow travellers were up for it. I do have to say that as I readied myself for the party, I was very happy that I had not just crash out!

Later in the evening, when the grading results were announced and pretty much everyone in the restaurant (we had filled the entire place) started to move around the candidates to offer congratulations, I couldn’t help but be moved. There was also a special nod to someone who is going through their own health struggles, but who had been in the dojo every day, literally living the ‘never give up’ motto! The rest of the evening then must remain true to the ‘you needed to be there’ rule, but suffice to say a good time was had my all it seems.  At the end of the evening in the restaurant, the door opened and Terauchi Sensei arrived! I later heard that he held a class at 0900 the day after the party and for 3 hours beasted those who were brave enough to attend… 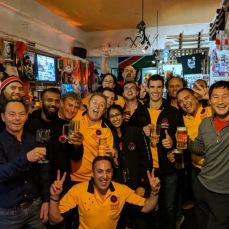 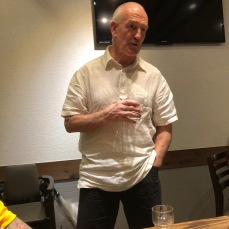 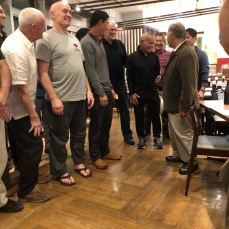 View all posts by KiyoCiara